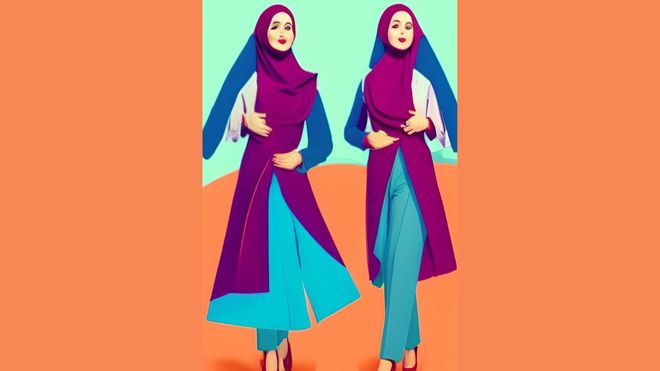 Iranian women are being killed after protesting the morality police’s murder of young women for not following the dress code. Many are taking their hijabs off, showing their hair in protest.

Mahsa Amini, a 22-year-old young woman, was killed after morality police took her in for her hijab being too loose. As women witness the morality police grow more violent towards young women, now killing them, they’re taking a stand.

These women banding together to show their hair are risking their lives, facing the possibility of being beaten or killed.

According to PBS, Amini was arrested by the country’s morality police in Tehran, Iran, before she mysteriously died.

The arrest occurred September 13 while Amini was home visiting. She was picked up for wearing her hijab too loosely so her hair could be seen. While in public, women in Iran are supposed to cover their hair entirely so it cannot be seen. The only other place to enforce such a strict rule is Afghanistan under the Taliban rule. Saudi Arabia has become less strict recently.

Amini is said to have died of a heart attack three days after her arrest at the police station. According to NPR, she was arrested and beaten in the van she was put into, with eyewitnesses verifying the incident. Police are denying any accusation of mistreatment and President Ebrahim Raisi promised an investigation. Amini’s own family stated she had no issues with her heart and that the police wouldn’t allow them to see her body before burying it. Protests started on Saturday after her funeral in Saquez and have spread through other parts of Iran.

During these protests, women have taken to tearing their hijabs off and waving them in the air. Others have started burning their hijabs and even cutting off their hair. Many protests are resulting in police violence with tear gas being thrown and protesters being chased and beaten.

While Iran’s leaders have said they would investigate the death of Amini, information given to update the protests haven’t been very detailed. Iran often blames foreign countries for influencing these behaviors. They claim that the U.S.’s western ways are a threat to societal rule in Iran.

Tehran’s government has given minimal updates, saying three foreign nationals have been arrested at protests in the capital. At least 25 people have been arrested, and three were killed by armed groups linked to protesters. All of these details have not been elaborated on.

Many wonder if these movements and protests could actually make ant difference in Iran, but the past doesn’t make that look possible. While there have been many protests over the years, they’re usually ended by the government using brute force. One of the largest in recent history was the Green Movement in 2009. Iranian’s disputed the results of the presidential election and asked for reforms. Millions of residents in Iran supported the movement. To end the movement, police in Iran shot and killed protesters and arrested many more.

While women have access to an education, working, and holding public office, they’re still held to an expectation when it comes to dressing modestly. Women are expected to wear a hijab to fully cover their hair as well as long loose fitting robes. Men and women who are not married may not socialize together.

Men and women make up a police force known as the morality police, or Guidance Patrol. This force enforces the dress code for women and started after the 1979 Islamic Revolution. There are morality police stations spread throughout the country in public areas.

These enforcements had been temporarily eased up when former President Hassan Rouhani was in office. He accused the morality police of being too aggressive and in 2017 they said they would quit arresting women over dress code violations.

Now, a new leader has been elected and the morality police are cracking down more than ever. According to the U.N. human rights office, young women have been seen being slapped in the face, beaten, and taken in in recent months.

According to NPR, back in 2019 an Iranian woman had dressed as a man in order to get into a stadium just to watch a men’s soccer match. Sahar Khodayari was only 29 and learned she could face six months in jail for the offense.

She lit herself on fire to protest the arrest and died.

Violence towards women in Iran is only increasing and Robert Malley, the U.S. special envoy for Iran, is calling on the country to protect its women.

SenecaFallsOnline.com re-launch to track Women’s issues and Human Rights in a world with an uncertain future